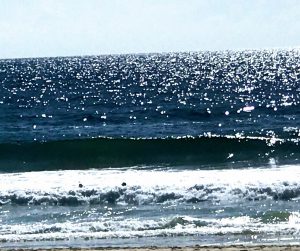 Before I left UK recently for a holiday in Australia, I was talking to a bank manager from RBS and said – “it is amazing how many in the professions, including the banks, seem to be burying their heads in the sand to the approaching “tsunami” of automation and artificial intelligence that will potentially decimate so many jobs in these professions”

Hmmm – he has probably been in the bank long enough to have a good pension ready for him if he did lose his job, so he probably doesn’t have to worry much, but what about his younger colleagues who have gone out and got their degrees, followed by their banking qualifications and yet many of them are doing jobs that are destined to be done by computers.

Its the same with accountants, book-keepers, payroll clerks, actuaries and some lawyers, even doctors!

While in Australia, National Australia Bank announced record profits but then their CEO Andrew Thorburn surprised the market by also announcing the intention to cut 6000 jobs in the next two years ahead to 2020, and the analysts accepted this saying that the CEO’s duty was to keep increasing profits for his shareholders.

In my opinion it is important to realise that this is a behaviour pattern that will continue and other banks , insurance companies and other professional service providers all over the world will be taking similar steps to keep themselves more profitable, so I think managers like my colleague in RBS have a shock coming their way.

This NBA cut apparently represented a cut of 18% in team numbers, but some analysts think that big banks will have to cut their team numbers by as much as 50% in the next 5 to 10 years, to cope with the new automated world.

What about other highly trained professions?

“Watson” the IBM super computer has been monitoring medical diagnostics done by computers for a few years, and already the evidence is that computers are already significantly more accurate at diagnosing conditions than General Practitioner GP Doctors

Existing software, even without the addition of more clever artificial intelligence, is already producing reliable management information for accountants, so the technical work on which they have survived for hundreds of years is about to be taken away from them.

Actuaries the same, and lawyers are also being faced with increasingly reliable software to decide legal issues

WOW ! Would it not be great if some of our unreliable judges who are meant to arrive at decisions factually based on law that is laid down in statute, rather than their opinion of the law, are actually replaced by computers to arrive at legal verdicts.

Studies have already shown that existing software is arriving more reliably at verdicts than judges, so with a bit of time, I can see this massive change happening as well.

So what does this mean for this highly intelligent , highly trained work force?

My team in the accountancy business I am leading, have heard this message so often from me in the last 15 years that they, like the bank manager, are tending to bury their heads in the sand as well – if only more of them realised the seriousness of their predicament.

I believe it will mean many new self employed jobs will be created as the newly unemployed become self employed – but doing what?

One thing for sure, it will be pointless for anyone of us to contemplate trying to fight the computers where “processing and analytical technical” work is required.

There will be an immediate need for retraining help and coaching, and any role offering human reassurance and value.

In my opinion, the only answer has to be , where human beings like and value the opportunities to deal with human beings, then those interactions will need to create even more trusting and valued relationships – I.e. the human beings that will keep their jobs or will create new businesses will be those human beings who have learnt to be “more human”

This is a measure of trust, of integrity, of value, of goodwill, and “like-ability” that will mean others will enjoy dealing with you and indeed actively seek to deal with you, and the challenge will be to think about what can be done to build up large emotional bank balances, and this will in turn help to fund the real bank balances.

So the role of the banker, the book-keeper and accountant will diminish in value unless they can find new ways of replacing their existing technical work with new services and work that are valued by businesses.

But that is not going to apply to everyone currently in those positions, so there has to be widespread job losses amongst these highly trained and educated people, in my opinion.

What about the change facing retail shopping especially the big Shopping Malls?

With the fast escalating impact of online shopping , the malls have realised that a trip to a mall must be for more then buying goods – there has to be an “experience” for all of the family from the oldest through to the youngest, otherwise why will the millennial and succeeding generations brought up with computers ever need to bother to go out of town to visit these massive malls.

All over the world, these massive malls are being transformed into eating and entertainment centres alongside retail shops , but many are failing financially and I suspect that masses more will also fail unless the “engagement factor” of these malls is improved dramatically – so I fear more job losses here

Will this be the reality of the trigger likely to cause the next financial “crash”?

If I knew that I would be a rich man, but what I do believe is that there are going to be many highly trained casualties in the next 5 to 10 years, and many of these will have high mortgages. If they have no jobs, houses will be repossessed and prices will fall – will that cause a crash? – almost certainly, if it has not already happened!

This is something the governments of the world will need to think about very carefully because the poorer will also lose out as well, with highly educated people suddenly being prepared to take their work.

If it happens in this country, it will happen across the world and unemployed youth is where unrest and revolution fester – enough said , we don’t want to anticipate the potential impact of those issues.

There are massive leaps in progress being made in healthcare and , provided they are not part of the obesity epidemic, many will be expected to live longer, so they will need to plan to have to work longer as well if they can find the work to do.

However, there will be no pensions worth talking about and I assume benefits will be an increasingly big problem, if the country can afford them.

So what does Usain Bolt have to do with any of this?

Nothing specifically, other than I watched a documentary recently about him, and from it came loud and clear that the driving force behind his success was not just his natural talent but, more importantly, the sheer level of intense hard work and practice he put in to keep improving his skills, together with the internal drive to prove wrong all the “neg heads” and competitors out there who said he could not keep it up, even though he admitted he hated the training and injuries he suffered with throughout his career.

It made me think – do the millennials , let alone the elder generations, have the drive to cope with the potential hurt and work around the corner ? Unfortunately, it is my experience, which is corroborated by many others, that millennials believe they have a divine right to quality of life, and the last thing they want to do is work the long hours their parents have had to do?!?

Most have not been through the conflicts and hardship our parents and grandparents went through – and I suspect there could be carnage in the employment market ahead.

Many will have to learn new skills involving human communication, creating trust and value, and many of these jobs will be unheard of at the moment because they have not even been invented

Many will perhaps move to existing professions like education and care, but done differently.

Successful sales and business development will always need humans – so that is a skillset that will hopefully be in demand.

But many will have to offer new services to others with money, and perhaps learn how to become tour guides, and entertainers etc etc – but that will need governments to think ahead strategically to create the job roles that will attract wealth e.g. from Tourism to our country.

Anything will be possible – if we have the drive and determination to make it happen – but what needs to happen to bring out the “Usain Bolt” in them ?

If only I knew – I have a 24 year old son who is not frightened of hard work but I am desperately trying to persuade him to stop thinking like an employee , and identify a new way to be a “job maker” and stop being a “job taker” , because I am desperately concerned that many of the traditional jobs will disappear to be done by computers powered by artificial intelligence