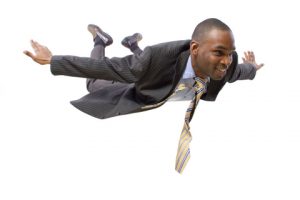 SMALL BUSINESSES AROUND THE WORLD

There are hopeful signs emerging in America and in parts of Europe that there might be chinks of light appearing to give us all hope that the powerful economies are starting to grow again.

Japan has been suffering from deflation for about 20 years and are resorting  to “printing money with accepted possible inflation” to get their economy moving.

America has been printing money for a few years now and their debt is more enormous than ever, but the alternative would be devastating for the world. Despite this, America still has massive unemployment, but the overall GDP is beginning to grow.

China is having to finance much of this USA debt, but again they have little alternative, because if America stopped buying Chinese goods, China’s growth would halt dramatically, with massive repercussions. So whether they like it or not, China and America’s fortunes are inextricably linked together.

China is trying to develop its internal economy to make it less dependent on exports, but that wont happen for a quite a few years yet.

Europe, apart from Germany, is in a dreadful state, and France has not even started any serious austerity measures to cut pack its public services cost.

Nevertheless,with Germany hooked into enjoying the benefits of the relatively low EURO, they will continue to bankroll Europe for the foreseeable future.

Ireland have demonstrated it is possible to suffer severe cuts and emerge damaged but still very much alive.

UK has started its cuts in public services, but the serious cuts have still to come. The government are hoping that the economy will develop sufficient momentum and growth before they impose these further cut backs. Like America, UK has been printing money but the difference is that little of that money has found its way out into the real economy.

Instead it has been used to shore up the Balance Sheets of the banks to improve their liquidity should there be another banking crisis, which has meant the stock market has grown in value as the banks invest this government money.

There is a lesson here for the rest of the world – why is the UK economy starting to grow despite the fact that the banks are only lending to very secure businesses?

The answer – purely and simply – confidence!

There is only one thing the UK government have done which has helped this confidence – they have taken measures to support the property market and to encourage first time buyers to start buying properties again, even though mortgages are not as easy to get as a before. This has been important to public sentiment, because the UK is still very much a “property owning society”.

With low interest rates, when the recession started, many small businesses did not make masses of employees unemployed like they did in previous recessions. Instead they persuaded employees to go part time and be more flexible in their work patterns. Employees also accepted that automatic pay rises were a thing of the past and, instead, many accepted bonuses based on improved performance and achieving profit targets.

In UK over 90% of businesses are small businesses employing less than 10 people, many of those family businesses.

The big businesses with large employee numbers, large fixed overheads, and inflexible working methods are the ones who have suffered most and have been failing, whereas so many small family businesses continue to “hang in there by the skin of their teeth” and are just beginning to be hopeful that more growth is round the corner.

So how can they make this growth more likely?

They just have to accept that the banks are unlikely to be there for them, because the managers at the top have put in computerized credit assessment methods that often override the opinions of the local bank manager who work hard to understand the local small businesses.

The answer in my opinion, and I am basing this not just on observing UK businesses but other small businesses around the world in my work and travels, is by concentrating on what family businesses are good at – THE PERSONAL TOUCH.

At the end of the day, despite the enormous growth in the internet trade, one thing remains true – people prefer to deal with people they like.

So family businesses need to work out what else they need to do to get more customers liking them and their values, both face to face and on the internet.

Big businesses can afford intelligent online systems, but few (with some exceptions like Amazon) have managed to avoid being impersonal. They tend to be systematic and inflexible, finding it hard to adapt to differing conditions. They tend to be boring and uninspiring, unlike smaller businesses who can react quickly and work hard to WOW their customers/clients with their fast personal and efficient service.

The golden rule is – IF YOU WANT PEOPLE TO TALK ABOUT YOU ….. YOU MUST GIVE THEM SOMETHING TO TALK ABOUT (and preferably something positive)

It is so much easier for small businesses to get talked about positively and gain positive word of mouth referrals – they just need to make it part of their culture so they have this happening consistently.

When small family businesses get word of mouth referrals happening regularly, something remarkable happens – their sales increase and their marketing costs disappear, because they have their customers doing their marketing for them – a double whammy!

In my opinion, it is not governments that will get the world economy growing – it is small family businesses with an entrepreneurial spirit who are happy to try to be different.

Just imagine – If every small business owner would make a commitment to be different and get customers using them because they like the way they deal with them, they will also soon be able to make a commitment to employ just one more part time, or even full time, member of the team.

Just imagine what this would do to the world’s economies – if every small business employed just one more part time or full time person – more pay circulating, lower social costs as fewer people will be unemployed, more taxes paid and more national debt reduced.

So I invite all family businesses around the world to think positively and to join my “crusade against mediocrity”.

I challenge you to find new ways to consistently be M.A.D. (Magnificent and Dazzling) instead of S.A.D. (Satisfactory and Dull) so people will talk about you in such a way that others miles away will hear about you, and will move mountains to come and experience what it is like to be looked after by you.

Please join my newly launched group on Linkedin which has been formed to celebrate businesses who are M.A.D. not S.A.D.

This Group on Linkedin is called “Standing out from the crowd – being MAD not SAD” and I cant wait to have you join me in getting family businesses recognized for their unique values and brilliant personal touches, that people will shout about from the roof tops, instead of always having to read and listen about examples of big businesses who we only hear about because they hire PR companies to promote them.

Log on and read about the Pineapple Salesman in Barbados, the small coffee chain in Vancouver called White Spot, and loads of other examples we are already gathering.

I hope we will be featuring you very soon.  Long live the M.A.D. family business – Lets save the world economy.

Passionate about increasing Profit …. your Profit